E4S Consult has been established by Frank Zegers.

Frank has more than 30 years of experience with the realisation of sustainable projects. In the nineties he conducted research on solar thermal energy and worked on the development of the market for solar thermal systems. With colleagues at Ecofys he pioneered with the first large scale solar heating projects in urban developments.  These projects were successful thanks of the holistic approach including technology, quality control, communication, management and finance.  After first managing a solar thermal group Frank continued to manage a group focussing on climate policies for (local) governments and housing companies. He was involved in the introduction of energy performance certification in the Netherlands. Until 2010, as group manager Sustainable Buildings, he contributed to making the built environment more sustainable in a broad sense.  End of 2010 he established E4S Consult. For the Dutch Green Building Council Frank was involved in the development of the BREEAM NL sustainable building certification scheme.  Frank is a member of the advisory board New Construction and Sustainable Area Development of the Dutch Green Building Council. 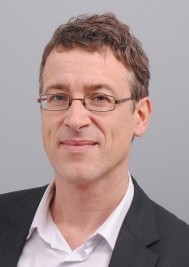 Frank is certified assessor and expert for:

• Breeam in Use    International

and trained by the USGBC in: LEED for New Construction

Frank was international project manager for several  European projects among which the IMPACT project. Within this project several EU countries collaborated to introduce EPBD energy performance certification. He was expert in the Med-Enec project in which 9 Mediterranean MEDA countries (from Turkey, Lebanon, Syria to Morocco) cooperate on energy conservation and renewable energy in the built environment. Additionally Frank has valuable work experience in China and Kuwait.